Despite ongoing civic unrest and protests in Hong Kong, Fine Art Asia 2019, Asia’s leading international art fair, and Ink Asia 2019, the world’s first fair dedicated to ink, were staged from 4 – 7 October at the Hong Kong Convention and Exhibition Centre. The two events showcased an outstanding array of antiques, fine art and ink art presented by world-renowned galleries, and attracted many knowledgeable dealers, collectors and connoisseurs. This year also featured the inaugural Masterpiece Pavilion at Fine Art Asia, the London fair presenting a showcase of leading Western dealers at the fair.

The Private Preview and Vernissage on 3 October was a resounding success attracting more than 5,000 guests, among them leading dealers, collectors, curators and art lovers from all over the world, proving the solid foundation of the art community and enthusiastic support for art fairs in Hong Kong. As usual, Fine Art Asia and Ink Asia were staged at the peak of the October art season in Hong Kong, coinciding with Sotheby’s and China Guardian’s auctions in the same venue.

Fine Art Asia and Ink Asia 2019 presented a fabulous display of museum-quality antiques, fine art and ink art from both East and West. The 12,000-square-metre exhibition space provided a showcase around 10,000 stunning works of art worth a total of over HK$4 billion (US$510,000,000). More than 15,000 visitors attended the fairs over the 5 days.

In the antiques section, Nicholas Grindley, London, specialising in Chinese antique furniture and works of art, reported a successful fair, starting with the sale of a unique Ming Dynasty folding huanghuali kang table dating from the late 16th/17th century, sold to a private Asian collector from the fair catalogue. This table was exhibited at the Asian Civilisations Museum, Singapore in 1997. Further sales during the fair included two pieces with excellence provenance. The first was a Ming Dynasty, 17th century huanghuali square table, on loan to the Museum of East Asian Art in Cologne from 2003 to 2018. Meanwhile, a huanghuali corner leg painting table, late Ming – early Qing dynasty, 17th century, also on loan to the same museum, was being considered by a private collector.

Nader Rasti, Director of Rasti Chinese Art, Hong Kong exhibiting “Arcane Realms – Buddhist and Daoist Art” and “Works of Art” said, “Despite all the unrest I felt that there were a surprising number of people coming to the show, illustrating that serious buyers will make the extra effort to visit. I did quite well overall and saw known clients and re-established contact with a couple of old ones that was positive for me. The star of my exhibition, the marble luohan head, was sold to a recently found collector, though I had another who was also keen to buy the piece. I’m pleased that many of the exhibitors supported the show this year. I think it’s important that we support one another at these times.”

Meanwhile, David Aaron, London, participating for the 7th year, presenting Greek, Roman and ancient Egyptian treasures as well as Near Eastern, classical and Central Asian antiquities, said they were happy as usual to be at Fine Art Asia and to see old friends as well as meet new clients.

Jorge Welsh Works of Art, London/Lisbon, specialising in cross-cultural works of art with an emphasis on Chinese porcelain, reported a very successful fair. “Ironically, this was my best fair yet in Hong Kong. Fine Art Asia attracts very good people, and we sold both to private collectors and museums. Our catalogue piece, a Chinese porcelain plaque dating from the Qianlong period (1736-1795), was purchased by a museum in China. This is the most important plaque of its kind, inspired by a French painting, and there was huge interest.  We also sold pieces of porcelain from different periods, painted enamel on copper pieces, as well as two China Trade oil paintings, to museums and private collectors.”

Chinese porcelain did well throughout the fair, with good sales also reported by Vanderven Oriental Art, The Netherlands. Floris Vanderven commented, “The mainland Chinese collectors and curators still came to Fine Art Asia with plans to buy specific pieces from dealers in the fair. So, despite the difficult situation in Hong Kong, we were rewarded for coming to Fine Art Asia 2019 by the business they gave us.” Santos, London, found the same, selling a number of pieces of Kangxi period (1661-1722) blue and white porcelain to a private museum in Fujian province, China.

Sue Ollemans, London, specialising in antique Asian jewellery and Chinese jades, sold several pieces including an important ruby and gold bracelet from Mysore, Deccan, India, dating from the early 20th century. She commented, “I think despite all the tensions and trouble in Hong Kong, there has been an amazing turnout. There is a strong resistance to spending money but that is only to be expected. Hong Kong has been good to me for 40 years so I felt we should all be here as a sign of our support for a place that has been good to all of us.”

In the art section, in the same week that Banksy made headlines with a new auction record for his political satire painting Devolved Parliament, which fetched US$12.1 million at Sotheby’s London, Tanya Baxter Contemporary, London/Hong Kong sold a print of the work at Fine Art Asia 2019, as well as another Banksy edition, a work by Tracey Emin, plus two paintings by Chinese artist Zhao Kailin, a painting Shan Shui with Panda 1901 by Chinese-Australian artist Adam Chang and an oil painting Feluccas by British artist Pip Todd Warmoth. Yufuku Gallery, Tokyo exhibiting for the first time at Fine Art Asia and also in the Masterpiece Pavilion, sold their catalogue piece by leading contemporary Japanese glass artist Niyoko Ikuta, Ku-135 (Free Essence 135), who has recently been collected by the Metropolitan Museum of Art, New York.

This year saw the launch of the inaugural Masterpiece Pavilion at Fine Art Asia 2019, representing leading Western galleries. The Pavilion gave a taste of Masterpiece London as a leading cross-collecting fair, offering the finest European works of art, design, furniture and jewellery, from antiquity to the present day, to a new audience in Asia.

“We’re absolutely delighted to be part of Fine Art Asia this year. Our Pavilion represents a small time capsule covering 2,000 years of art history. In many ways we share the same philosophy as Fine Art Asia in that we believe passionately in cross-collecting and showing different disciplines together, spanning both cultures and time. Masterpiece is here for the first time with 15 galleries being represented from London. We are very excited to be part of the fair and we look forward to coming back next year and showing more incredible treasures.”

The wide range of works exhibited at Ink Asia 2019 which included paintings, calligraphy, prints, sculpture, video and installations, showed how ink has successfully made the transition from tradition to contemporary.

Grotto Fine Art, Hong Kong, focusing on Hong Kong artists, sold several major pieces, including the quadrych, Lion Rock Hill by Koon Wai-bong.  Michael Goedhuis, London, also exhibiting in Fine Art Asia and the Masterpiece Pavilion, sold several works in the fairs including three paintings from his solo exhibition of Chinese-French artist Li Chevalier, her debut in Hong Kong. A work by Zheng Chongbin, presented by INK studio, Beijing was acquired by a collector; while iPreciation, Singapore sold an important work by Wang Dongling, his interpretation of Shu Shi’s Remembering the Maiden, Ode to the Red Cliff, as well as two works by Jin Jie.

This year, the well-established Photography section was staged within Ink Asia, as usual showcasing both vintage and contemporary creations. Established international galleries were joined by renowned newcomers from New York, Paris and Shanghai exhibiting for the first time. Pleasing sales were recorded by Pékin Fine Arts, Beijing/Hong Kong and Boogie Woogie Photography, Hong Kong, which curates the photography section.

A highlight of Ink Asia 2019 was a special exhibition presented by The Ink Society, A Tribute to Irene Chou (1924-2011), one of the most innovative artists of the New Ink Painting movement. The Ink Society also hosted an impressive Academic Programme for Ink Asia 2019 with experts from all over the world, strengthening discussion and interaction between scholars, galleries and collectors.

“This year, Fine Art Asia 2019, including the Masterpiece Pavilion, and Ink Asia 2019 were successfully held during a very difficult situation in Hong Kong. Moreover, the fairs achieved an even higher level and good results in specific exhibition categories. With the support from collectors and dealers, it was proved that Hong Kong has firmly established its role in the international antiques and art market.” 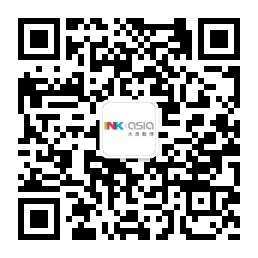 Menu
Back to top